After months of anticipation, the How I Met Your Mother spin-off has finally hit our screens! How I Met Your Father premiered on January 18th, and whether you loved it or hated it, one thing's for sure: most of us at least got some enjoyment from the Easter eggs that tied the new series back to the legendary HIMYM. And according to the show's creators, we've got plenty more of 'em to look forward to. Keep scrolling for all of the details.

For starters, fans discovered just how much the spin-off, which features Hilary Duff as the protagonist, would be tied back to HIMYM quite early on as the new cast stepped into Sid and Jesse's apartment. It might look a little different but it is just as recognizable as ever! But that wasn't the only Easter egg: viewers also picked up on the pineapple cutting board in Valentina and Sophie's home, a clear homage to HIMYM's THe Pineapple Incident episode. So how attentive should fans be for more enjoyable Easter eggs in upcoming episodes? "I think pretty eagle-eyed," co-creator Isaac Aptaker teased to TVLine.

"That's something we love from the original. It's also something [co-showrunner Elizabeth Berger and I] love doing on This Is Us, where everything is very, very intentional," Isaac continued. "These shows are so much fun because they are puzzles. They take simple moments, very grounded moments, and make them feel huge, all by storytelling and how information is very carefully revealed. We're a big fan of elements like that, and people should certainly be watching for them."

The series' first episode even honored the original show's narrator! HIMYF paid tribute to Bob Saget, who was the voice behind all nine seasons of the hit series, with a special message at the end of the episode. "The wit, the wisdom, and, above all, the kindness fans heard in Bob Saget's voice (as Ted Mosby in the year 2030) was no act," executive producers told Entertainment Weekly. "It's who Bob really was. And it's how all of us in the How I Met Your Mother family will always remember him," they continued. "R.I.P. to a truly legendary human. You'll be so missed, Bob, because you were so loved." You can catch the HIMYF premiere and new episodes every Tuesday on Hulu. 'Til next time, stay tuned! 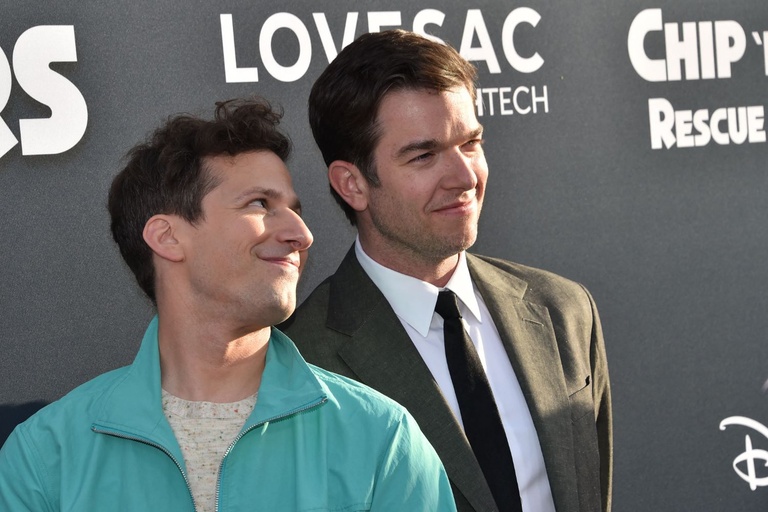