It's only yet another hilarious TikTok challenge that has us all in stitches: who would've thought slapping our pals with a round tortilla could be so unintentionally hilarious? While the two have shared many moments, there was no better way to express their love-hate and brother-like friendship than to take part in this new trending challenge. Here's how the food feud went down...

So, what is the infamous tortilla challenge? Well, it's like rock, paper, scissors, only with a twist. Each player involved must take a hefty sip of water and hold it in their mouth. Once the rock, paper, scissors battle begins, whoever wins each round gets to slap their losing opponent across the face with the flatbread. Aside from the handshake battle, the aim of the game is to try not to laugh and spit out a mouthful of water. It's a lot harder than it seems. The inner child in all of us will ultimately fail. Yet, anyone who comes across this strange afternoon activity loves it and takes part at any chance they get, even celebs - which brings us to the ultimate slap-off between 'The Rock' and the Seriously Funny comedy star.

The iconic pair have been "going at each other on and off" for years, participating in many best-buddy activities - from the ultimate 'BFF Test' on BuzzFeed Celeb to 'Playground Insults' on BBC Radio 1, 'Agree to Disagree' on LADbible TV, and even impersonating each other on a regular basis! This time, height was out of the question. It was down to pure strength, cat-like reflexes, and mindful knowledge of the childhood game. This was the ultimate battle. And the results were hilarious! The 6'5" Rock was completely defeated as Hart took advantage of his wheat weapon. The Rock even acknowledged his loss, explaining to his followers, "you can tell @KevinHart4Real has been waiting for the day he can finally slap me with no consequences." The tortilla cam caught some excellent money shorts, with facial movements in slow motion and well-needed in-between rests to prepare for the next round. We can't lie - it was heated.

The duo's chemistry is quite frankly unmatched. There is never a dull moment when they're together, and we can never get enough of them. The Instagram video was a great marketing technique to promote their new movie DC League of Super-Pets, which was released in theatres on July 29th. But, in the meantime, run to the nearest grocery store and grab a pack of tortillas, white or whole-wheat, whatever is preferred. This is a game that won't disappoint.

Drake Roasts His Dad Over New Tattoo – See Why 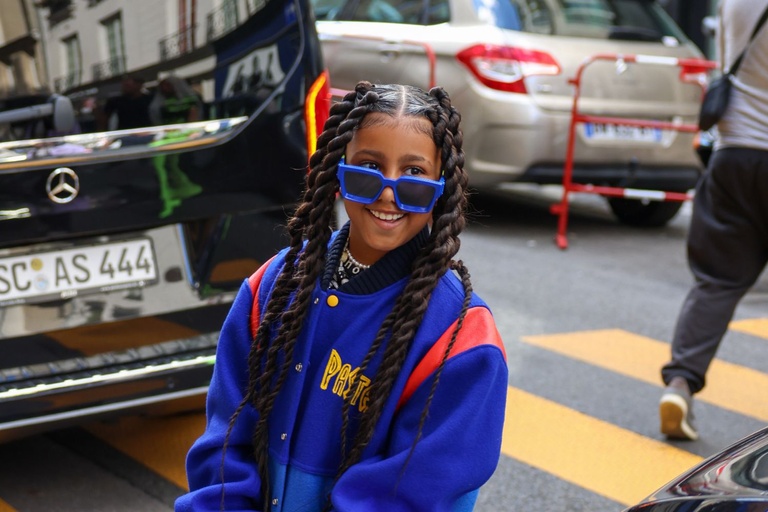